In this post, I’m going to give my personal opinion about what you need to know about musicality.

Why it is important to know or understand if you’re performing or simply creating a choreographic piece?

So, what exactly is musicality?

Musicality is the interpretation a dancer gives to a piece of music with her or his body movements.

Musicality definition is a dancer’s sensitivity to it or knowledge of the music. At its core, dancing is showing music in physical form.

This not to be confused with the rhythm definition which is the strong, regular, and repeated pattern of movement or sound.

If you’re a choreographer, It is the understanding of the music from a technical level and dropping all of that knowledge so it can sit deep inside the music.

It’s like feeling dancing inside the music, as opposed to floating on top of it with robotic motions.

In my opinion, a well-developed sense of musicality separates the pros from the amateurs and makes it so enjoyable to watch. Also, it’s a far more rewarding way to dance! Plain and simple.

This is the nonverbal way of telling people “this is how I feel, hear, and interpret this song.”

How can you demonstrate musicality?

Any dancers can demonstrate musicality in three basic ways:

Now, let’s get into how I can help you master this new, but so controversial, skill in your dancing.

1. The Mastering of Musicality

4. The Counting on Counts Thing

6. The Last Element of Musicality

The Mastering of Musicality 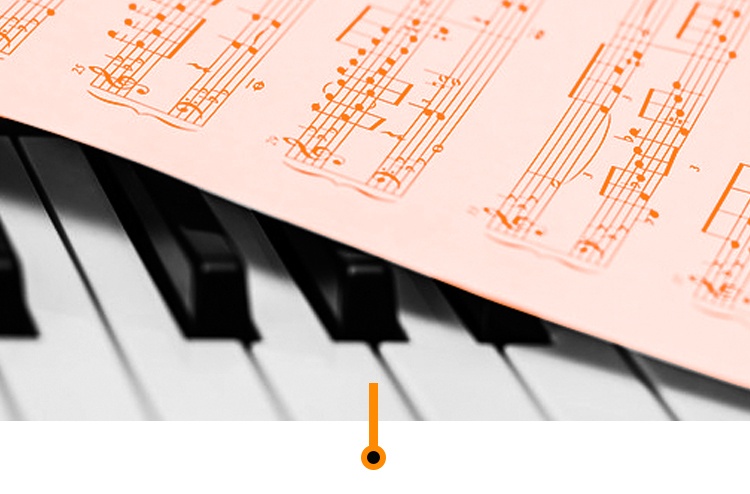 If you put a musical dancer and a nonmusical dancer side by side and you’ll see why it’s so important to grasp the concepts of rhythm, melody, and mood of a song when you are dancing or performing.

The nonmusical dancer is the dancers without a connection to the music. They might seem stiff or disconnected—often, they’re a little bit hard to watch.

They seem unable to transmit the emotion or attitude to the songs while they are dancing.

A strong but nonmusical dancer is like a painting on a canvas without any colors.

With the nonmusical dancer, you can see the effort put in. They are often step-driven.

The musical dancers, on the other hand, never disregard the music to fit in more tricks or moves. This kind of dancer doesn’t just turn until they stop for the sake of turning. They turn until they move on to the next point in the music, with the intention on the next thing.

Musical dancers never get so caught up on steps that they ignore the music.

This doesn’t mean one is better than the other but It’s important to understand that musicality comes in many forms.

There is no right or wrong way to interpret music.

I’ve worked with some choreographers that may start with a piece of music before they create a single step. Others create entire dance routines before they choose the music.

As a dancer who wants to perform, you must be ready for any approach they use.

Another simple thing is to make sure that you’re clear in your execution, regardless of which group you belong to. This will give you more options and you’ll be able to take advantage of the space available. 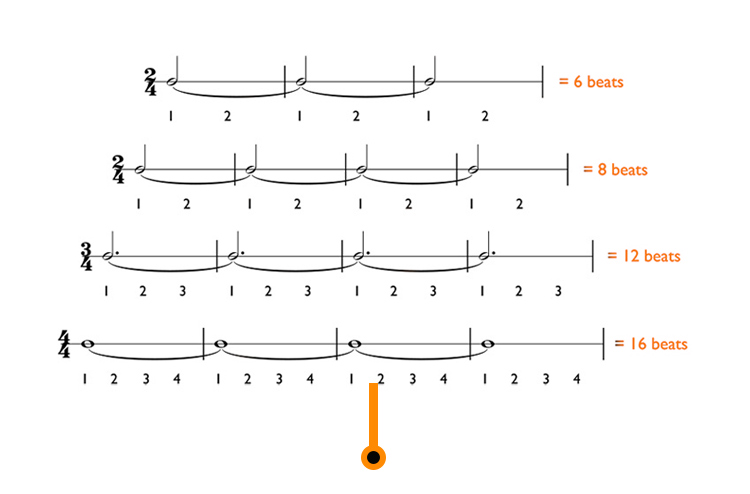 This is a good one. Have you’ve ever discussed musicality with other dancers or teachers? You’ve probably heard about the expression “phrasing.”

But the real question is, do you know what it is?

I learned this term when I was becoming a ballroom dance instructor.  Musical phrasing is the way music is organized within measures. Where the syncopations, cadences, or accents live within the musical measure.

Another term, choreographic phrasing, I learned when I was collaborating with others and it is very similar. It is how steps are organized within a musical phrase.  Like which steps hit on the beat or which steps move through the rhythm.

Should one step be performed quickly so another can be stretched out? Another example is when to pause to use body motions to add flare, and so forth.

Sometimes choreographers will specify the way their steps should be phrased, but when it’s allowed, experimenting with phrasing can give you multiple ways to dance a piece.

The better you know the song, the more you’ll be able to play with the dynamics and timing of the steps. Perhaps you can hold a turn for an extra moment creating the illusion of slowing the tempo of your movement to squeeze in another turn.

Having an excellent sense of rhythm, balancing yourself, and knowing how to translate the mood of the music will help you to hold the audience’s attention. 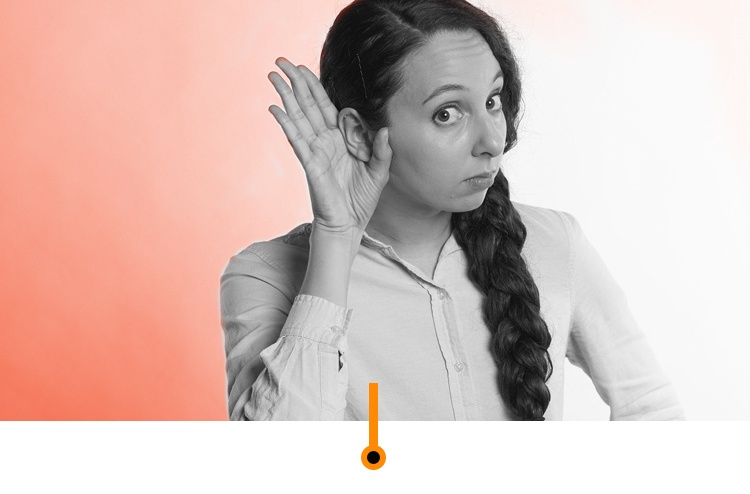 This will come easily to those who are trained to play instruments. They have a head start when it comes to developing musical sensitivity. But that doesn’t mean you’re doomed if, for instance, don’t know how to read music and never learned how to play an instrument.

One of my favorite artist of all time, Oscar De Leon, was asked to share the story on how he manages to write such great melodies all the time. He said that in the beginning he would gather the members of the band together, point his finger to a particular instrument, and then make the sound for that instrument with the desired tempo.

The person who played the instrument would mimic his request to his liking. Once he was happy with it, a songwriter would write it for him. Oscar De Leon didn’t have proper training to do this.

So how do you hone on the musicality if you don’t have formal training?

With a little bit of natural intuition and a whole lot of practice. Spend some time listening to the genres of music you are using to perform or dance. You can even choose to “choreograph” music that challenges you.  The by-product of doing this is exercising your brain’s musicality muscle.

Learning to differentiate between instruments will help you translate what you hear into movement, which will, in turn, give your dancing shade and texture.

Learn the difference between a clarinet and an oboe, a trumpet and a trombone, and a bass guitar and an upright bass. Another way to hone your ear is to listen to recordings of the band you’re performing to and identify the differences between them.

I saw a documentary about Michael Jackson. He was talking about finding a song you like and listen to it as you normally would. “Just take it in.

Then play it again, but listen only to the drum. Block out every other sound and follow the drum through the entire piece. Does it change? Does it stay the same?

Play the song a third time, focusing on another instrument, like the piano. Repeat this exercise until you’ve followed every instrument in the song.

You might have to listen ten times, depending on the complexity of the song. The last time you listen, take in the whole song again.

It will change your life as a dancer.

The Counting on Counts Things 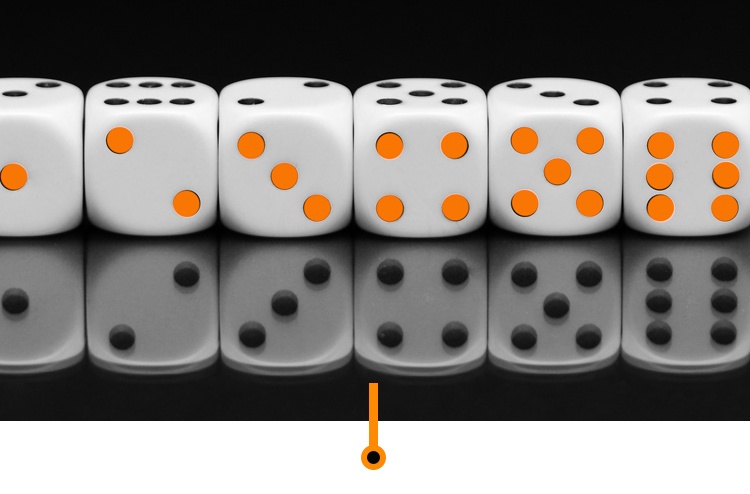 I have a quick question for you. When you’re breaking down a piece of music, or dancing in general, do you find yourself counting it out or just listening to the natural flow of the song?

It has been my experience that dancers often have strong feelings against counting and don’t always agree with this approach. Depending on the situation, like performing, sometime counting is necessary.  Especially in complex and tight sequences.

Fixating too much on counting can make your dancing seem mechanical.

There are some dancers and choreographers that may not count at all. If you find yourself struggling not to count, look for other musical cues to help guide you.

It is a fact, the more comfortable you become with the music, the easier it will be not to count. So, take the time to make it your goal to learn the music well enough to stop counting.

Being comfortable with this WILL give you the freedom to interpret because you are no longer just following the beat or the melody, but instead becoming a musicality dancer. 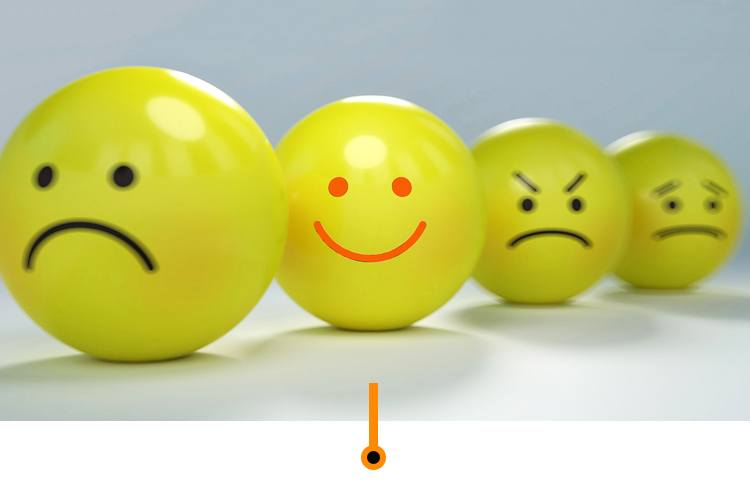 Now that you have your own ideas about music and movement, it is important to remember the following. If you are going in for an audition, every dancer must be able to hear and interpret the music exactly the way the choreographer wants.

But if you’re just learning a new step, it is also important to interpret what you hear in the music.

It takes just as sensitive of a dancer to perform another person’s vision as it does to choose your own interpretation of the music.

Side note… When I watch people perform at Fernbank or Sanctuary in Atlanta, I always pay attention to their facial expression as they do their routine. Why? Because, as crazy as this might sound to you, it is also important to be aware of how your face expresses the emotions in the music while you do the routine.

It’s a clear indication of how the dancers are interpreting the routine. By adding such a small yet powerful detail into the performance, the audience will be captivated.

I use this to add drama and flavor to my dancing as I execute any step. Indeed, dancing is making music with your body.

The Last Element of Musicality 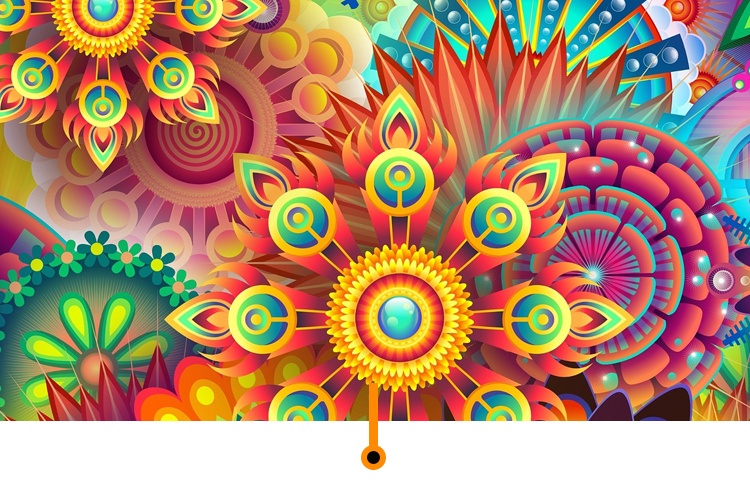 This next thing might not be as important as the points above, but the key thing to grasp here is that your body needs to understand and move like the song. Experimenting with different textures is also the key to great musicality.

Textures are like dynamics and musical articulation in piano. They accentuate the music and match the changes and flow of the song. Textures can be sharp, fast and direct to the point or it can be smooth and flow with the melody.

And textures all depend on your interpretation of how you hear the music and wish to portray that to your viewer.

Dancers are physical interpretations of music. Textures allow people to see the music more clearly with such interpretation from the dancer.

This is one of those conversations, like fluidity, that dancers talk about, but there are so many different interpretations.

I often say, no two people see the same color of blue. Therefore, as I said in the beginning of the article, this are my opinions about musicality.

I hope that this helped you understand what musicality is, as well as how to apply it to your dance!

Everyone has an opinion about musicality. From how important it is for your dancing, especially if you are performing, to how many dancers don’t understand the mechanics of it.

If you don’t follow the above principles, you’ll find yourself having a hard time mastering this unique but exquisite skill.

Texture, facial expressions, counting, and interpretation of the music are just some of the key elements for a solid foundation in musicality that will change how you dance socially or perform on stage.

So what other principles should we add to this list to help with musicality?

What Is Bachata Dance? The Hidden Language Of The Soul

My Top 13 Guilt-free Latin Songs You Need To Have